Back to Impact Report

Yaw Han was born in June of 2021 in a small village located in the Mong Hsat area of Myanmar - near the border with Thailand. He was born suffering from the effects of malnutrition, weighing only 5.3 pounds. It was crucial that Yaw Han gain weight steadily in hope of being eligible for safe surgery.

TF’s partner, Northern Women's Development Foundation (NWDF), based in Chiang Rai, Thailand admitted Yaw Han into their program in September of 2021. Unfortunately, the border between Thailand and Myanmar has remained closed in a region where cross-border cleft support is the norm.

Fortunately, Ms. Gawa Yu*, a Red Cross member in Myanmar was willing to help. Despite a 67-kilometre journey on a motorcycle, she was prepared to make regular visits to the family to ensure they had the resources necessary. Gawa supported the family by bringing formula and conducting regular health checks. Early on, Yaw Han's health struggled and Gawa would bring him to the nearest town so that he could access medical services which yielded improvements. 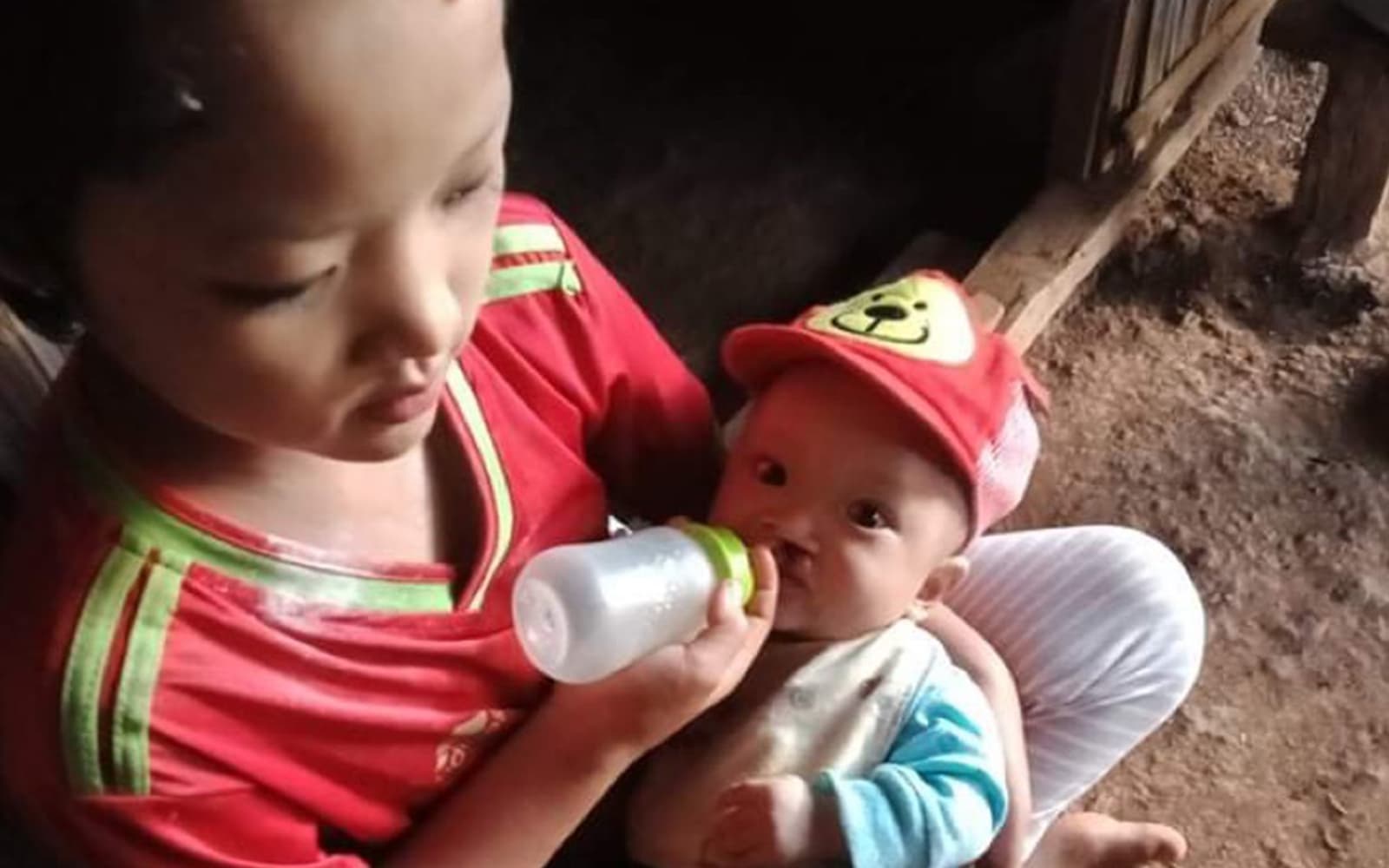 Yaw Han and His Older Sister

In just a few months, Yaw Han reached a healthier weight of 11 pounds and his path to further treatment is clear as soon as the border opens.

Back To Annual Report
Join Bright Start To Donate Monthly