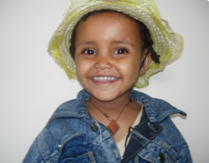 Currently, the CDTC provides an individual with a tax credit of:

The FDSC will supplement the CDTC, meaning that first-time individual donors (those who have not claimed the CDTC since 2007) will be given a:

The FDSC will be available for donations made on or after March 21, 2013 and may be claimed only once in the 2013 or a subsequent taxation year before 2018.

So, if you are thinking of becoming a first time donor, consider Transforming Faces! 100% of donations will go directly to cleft care for children in developing countries and any donation of $200 or more will be doubled! A private charitable foundation covers our overhead and matches donations of $200 or more.

Donate today! Your donation and impact will be doubled and you will receive a generous tax incentive.

Thanks in advance for Transforming Lives!