Transforming Lives on their Wedding Day 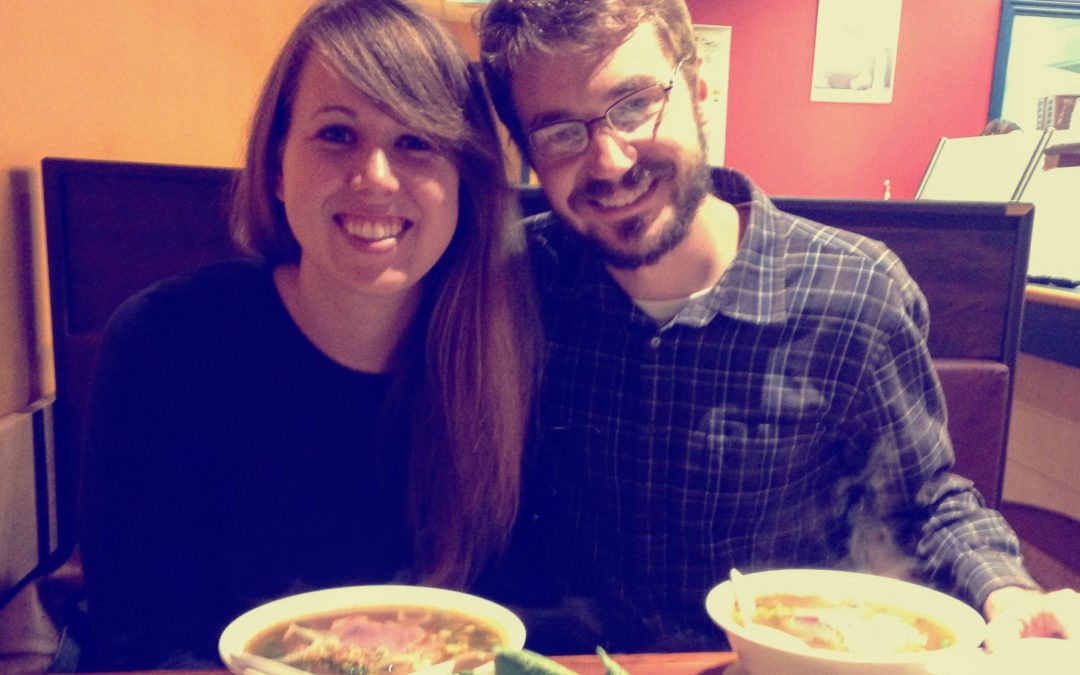 Michael and Lauren are one special couple!

They have long been passionate about driving positive change, both at home and abroad.

So as they began planning their January wedding, it just made sense to them to celebrate their big day by making a difference for others. They reached out to Transforming Faces, and decided to start a campaign to raise funds for children born with cleft lip and palate in Myanmar.

We are delighted to share Michael and Lauren’s story with you, and will keep updated on their fundraising initiative as we get closer to their big day! 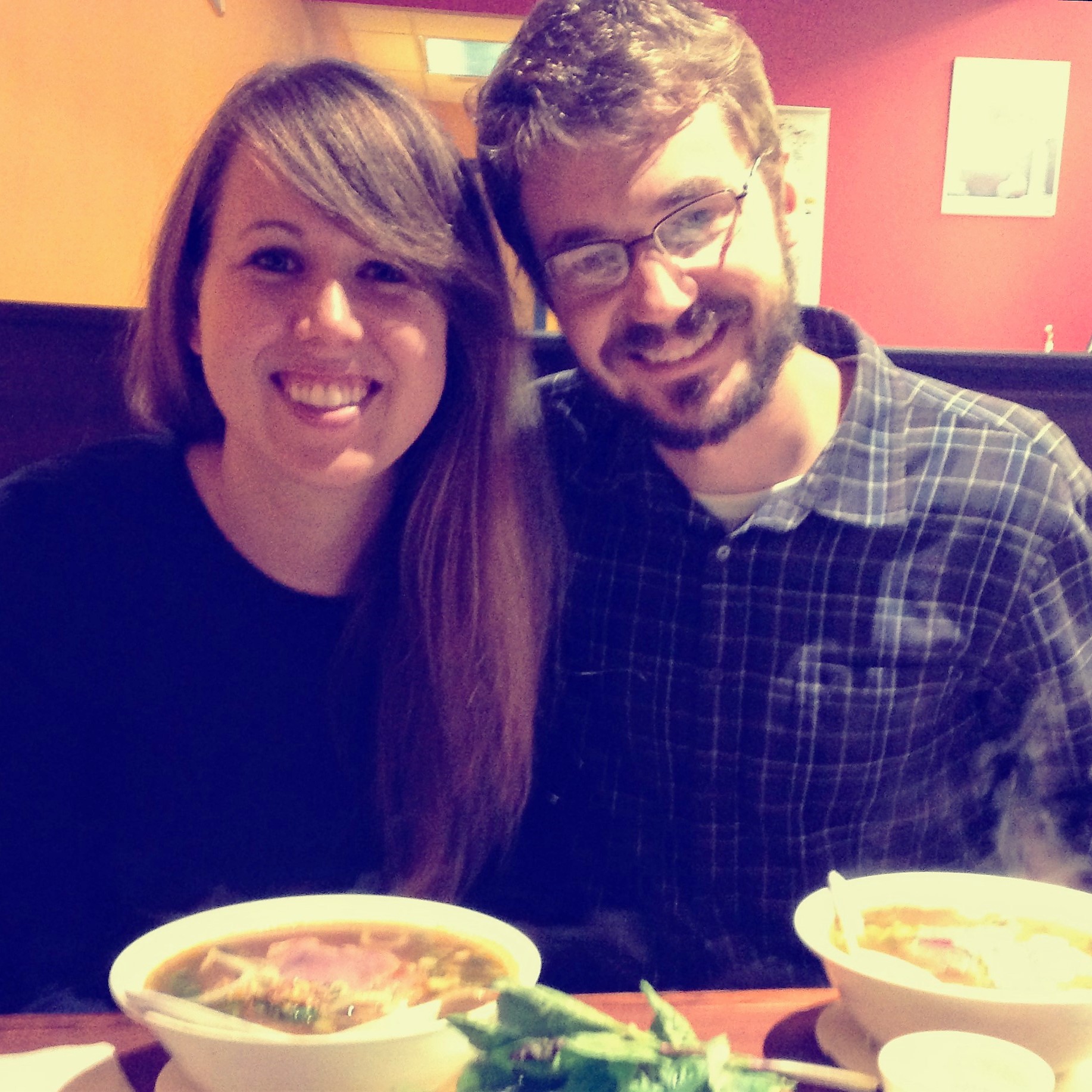 Lauren has a personal connection to communities in Myanmar. While teaching English in Korea, she had the opportunity to travel to Thailand, where she volunteered with children from Myanmar (Burma), whose families had crossed the border in search for better opportunities.

“I fell in love with the kids I was working with,” says Lauren. “One of my most vivid memories from those trips was a night I spent in a Thai hospital alongside a local friend, as we traded off caring for a very sick toddler from Myanmar.”

Lauren shares: “I saw firsthand that there is a need for more access to even basic healthcare on the Burmese side of the border.”

She also longed to be able to help in more tangible ways. In addition to caring for the sick, the ministry she worked with also created educational opportunities. These education and vocational opportunities transformed the outlook for the girls and boys they were working with, from a future with few options (that often lead to begging or crime), to one of hope.

“The desire to make a tangible difference has stuck with me,” she shares.

This is what has helped motivate Lauren to complete her Masters’ in Linguistics and Exegesis (congratulations Lauren!), as she prepares to undertake professional projects in Southeast Asia. This desire to make a difference in children’s lives is also what inspired her to contribute to Transforming Faces’ work in Myanmar. 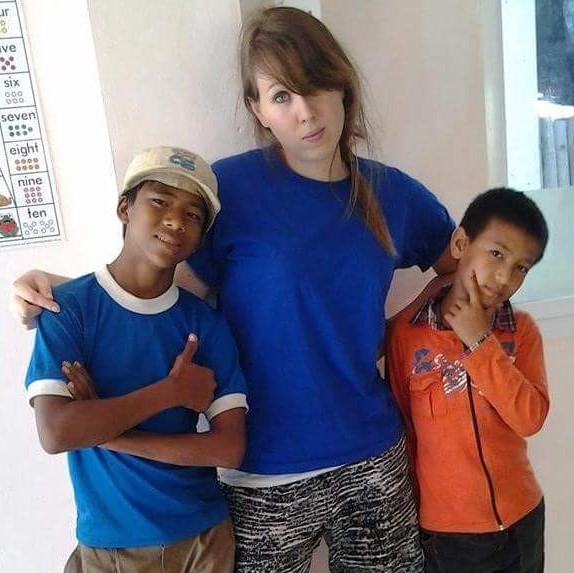 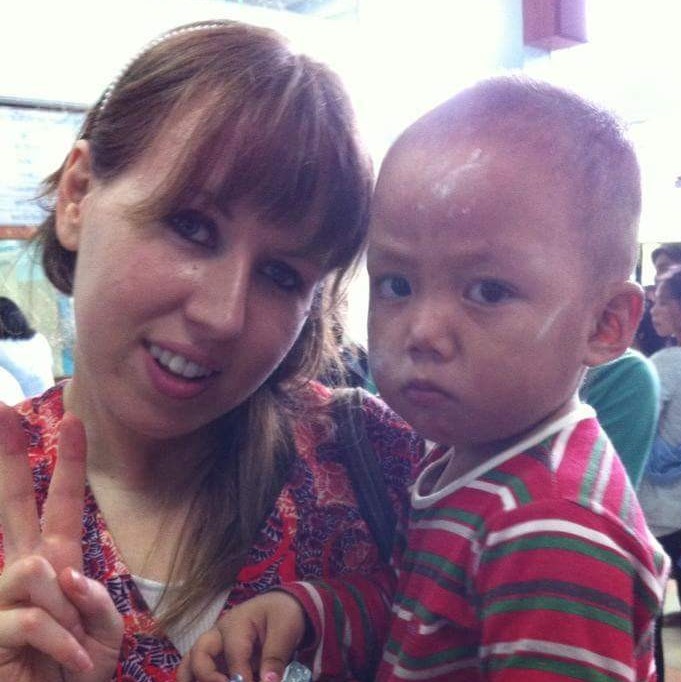 While finishing his Master’s in Speech Therapy at UBC, Michael was set on finding a job in a school district in BC.

After starting his first job, he had the opportunity to work with students with various needs in speech, language and social development. “When teachers and parents noticed real progress and told me about it, it was always exciting!” Michael shares.

Even though he know he was making real differences in children’s lives, he began to notice a frustrating and recurring conversation during department meetings: “We often found ourselves complaining about the enormous caseload for each speech therapist (over one hundred students each), and we spent hours drafting a proposal for more therapists to be hired.”

That’s when a troubling thought hit him – in other parts of the world, qualified speech therapists were even more scarce, and managing even larger caseloads! Michael thought about the fact that there are only about 1,000 speech therapists in China, a country with a population of over a billion people. TF has run into this problem as well, in partner countries like Ethiopia – where there is only one speech therapist available in a country of over 100 million!

Michael was moved to action. He got permission to take a break from his school district and travel to Asia. In the Philippines, he had the opportunity to visit a school where a friend was teaching. As soon as they learned about Michael’s vocation, they eagerly asked him to lead a training seminar on speech sounds for the teachers. Next, Michael found himself working with five students, who were receiving the first speech therapy sessions of their lives. 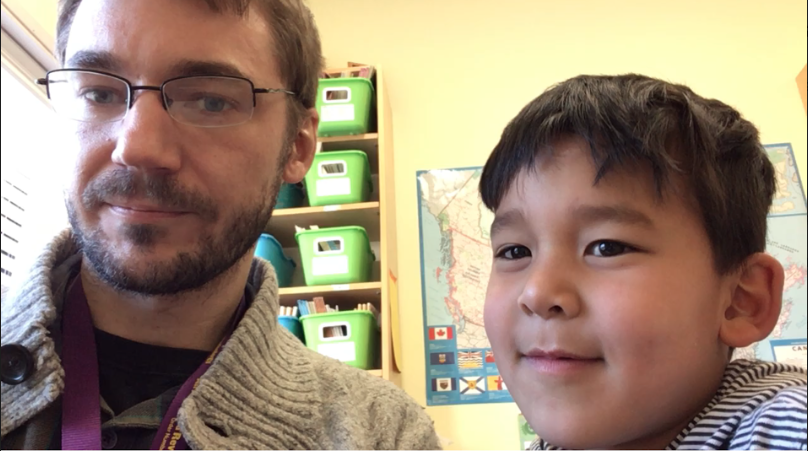 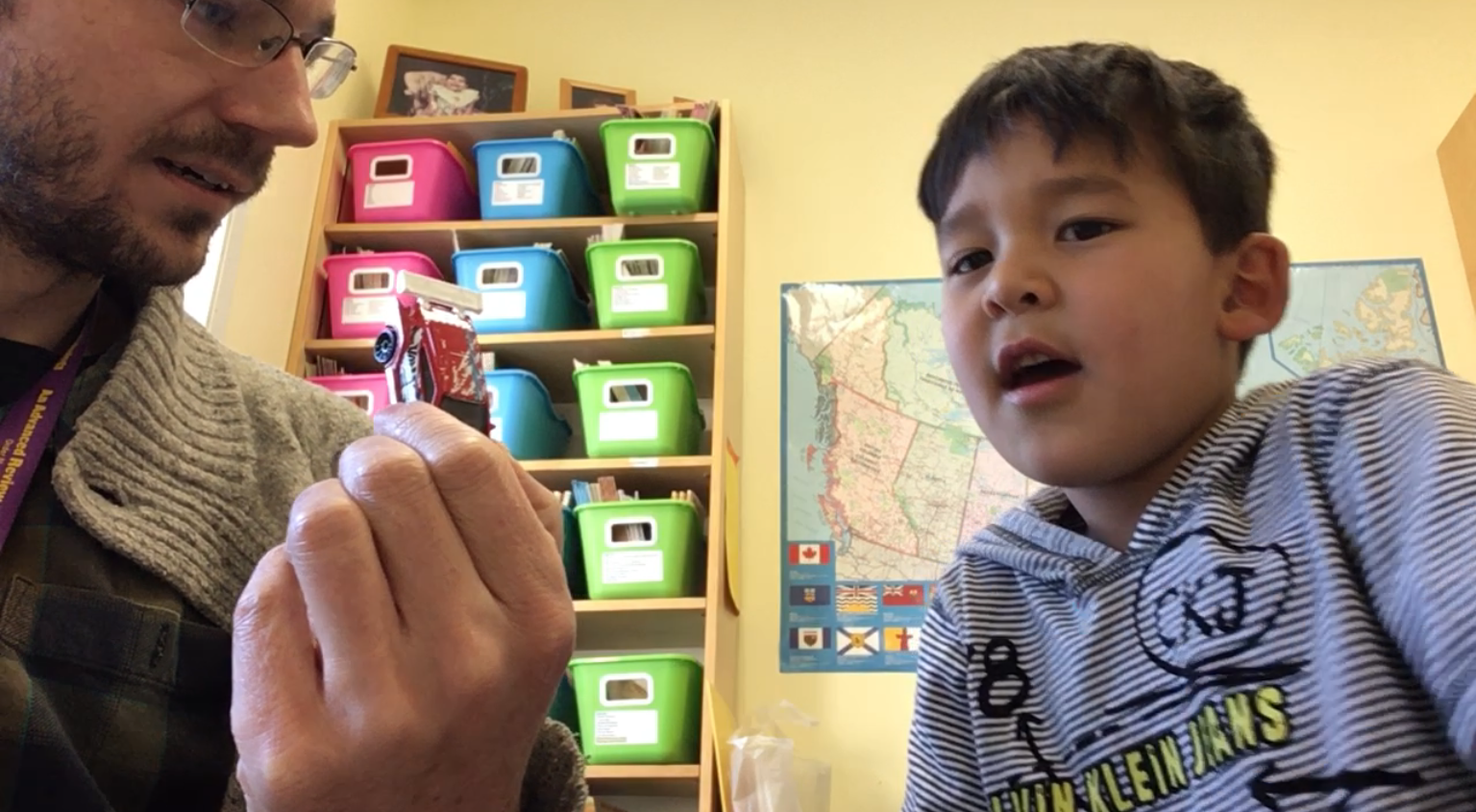 After returning to Canada, he continued to look for speech opportunities in Southeast Asia, so that he and Lauren could both pursue their dream of returning to the region to make a difference.

Michael says: “One area in particular, I realized, could make an enormous impact over a short time – speech therapy for children born with cleft lip and palate.”

As many of TF”s supporters know, struggles in communicating is a challenge that many children born with cleft face, and regularly speech therapy is often required for years beyond their cleft repair surgeries.

Michael explains: “When the surgery is combined with full rehabilitation (dental care, speech therapy, counselling, etc.), these children can go on to have every opportunity that other children do.”

This is the area of speech therapy that Michael hopes to pursue in the future.

Making a Difference on their Wedding Day

Michael and Lauren made the decision to raise life-changing funds for children born with cleft in Myanmar.

As their big day approaches, they tell us: “It would mean a lot to us, as we get married, if we can also make a contribution to an organization that is already in Southeast Asia making a difference in the lives of children. We want to do this by partnering with Transforming Faces’ Bright Start program in Myanmar.”

Their goal: To raise $840 – which would provide comprehensive cleft care for a child born with cleft in Myanmar for two years. Learn more about the Bright Start program on our website, and be sure to check out Michael and Lauren’s fundraising page if you want to help this amazing couple make a difference! 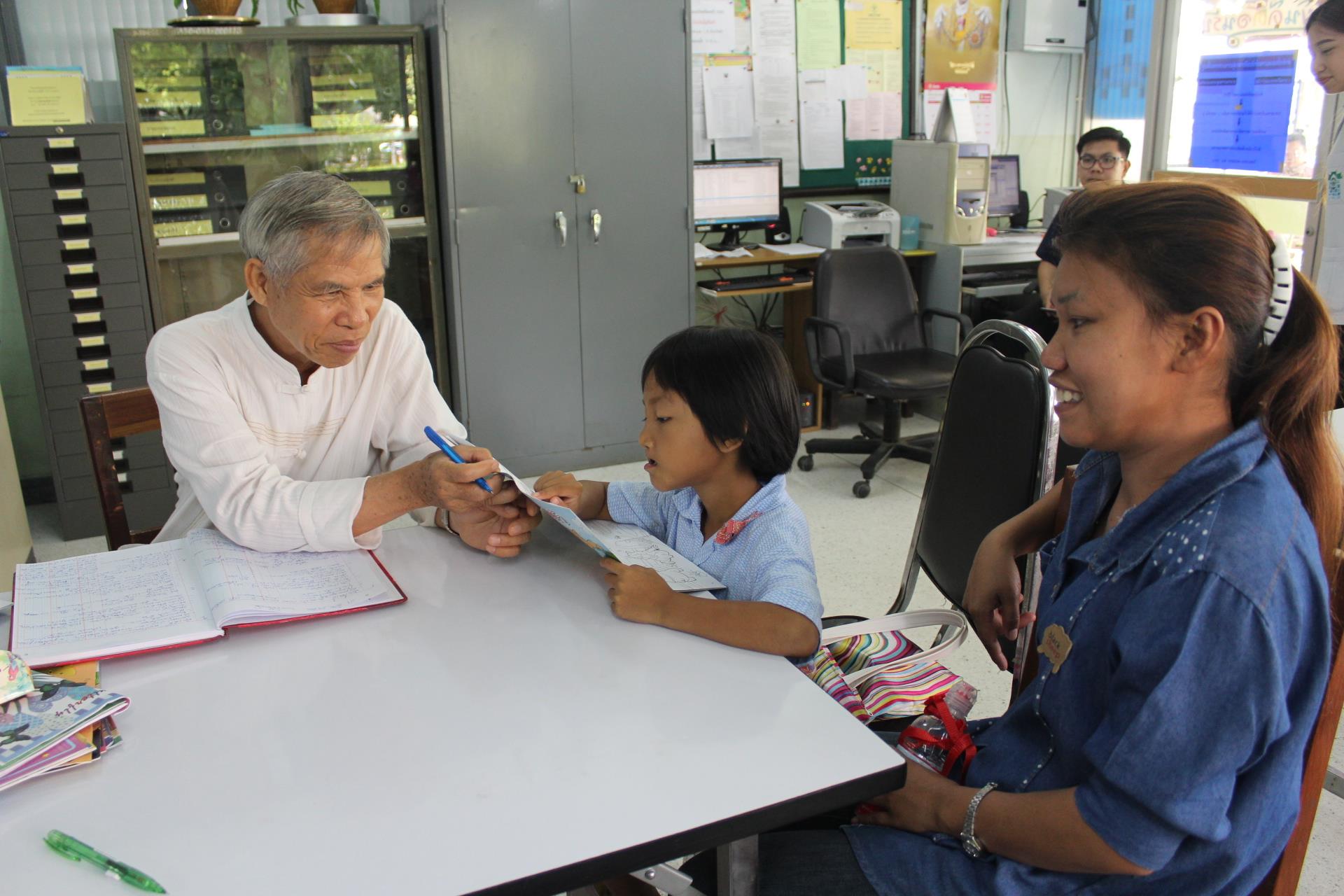 Speech therapy is an essential part of rehabilitation for many children born with cleft. By supporting Bright Start, Michael and Lauren ensure that a child in Myanmar will have access to a complete circle of care. You can learn more about Bright Start here: www.transformingfaces.org/bright-start