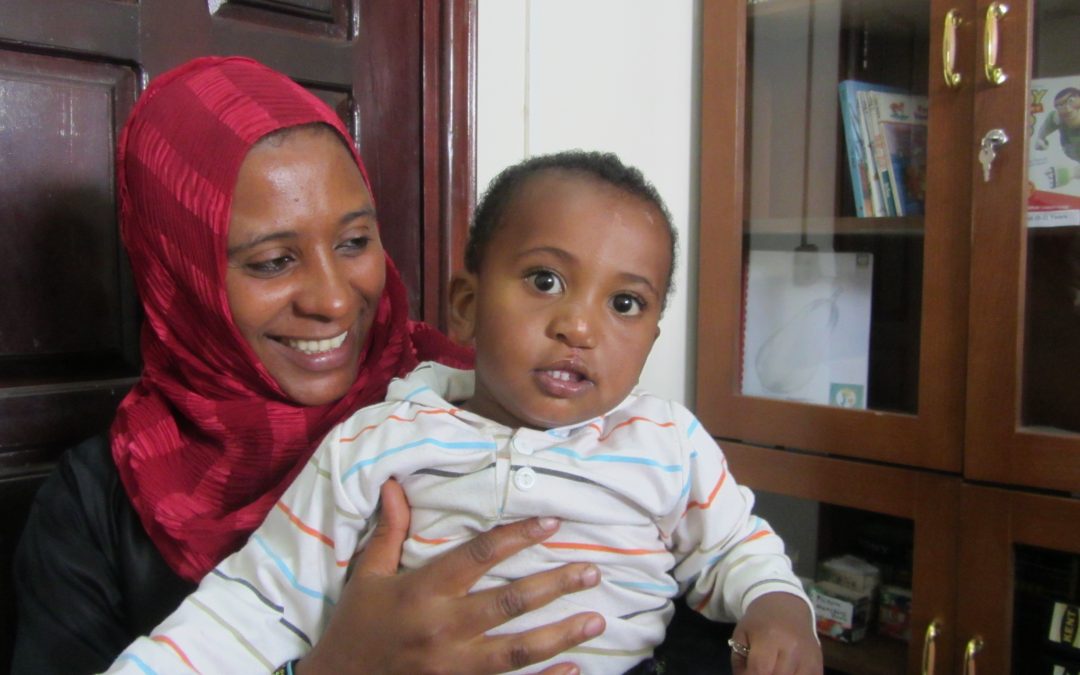 Sumaya was born prematurely in a nearby hospital in Addis Ababa and spent a week in an incubator. He also had a cleft a cleft lip and palate. Sumaya’s mother saw an advertisement for Yekatit 12’s Cleft Program on TV. At three months, Sumaya and his mother visited the hospital for intake and follow up.

In Ethiopian culture, Hirut explains in the video below, sometimes babies born with cleft are looked upon as a curse. Sumaya’s family did not want to see him or feed him. However, after counselling, Sumaya’s mother was told not to worry, as with proper care and follow up, cleft is not a “big issue.”

There is a lack of specialized feeding bottles for cleft patients in Ethiopia, as Hirut explains in the above video. Sumaya’s mother, however, was able to source some bottles and donate them to Yekatit 12 Hospital, where they are used as teaching tools.